The hamlet of Lenno

The village of Lenno, which is part of the town of Tremezzina, is located on the slopes of Mount Tremezzo, in a beautiful deep natural inlet created by the Dosso di Lavedo.

The lake shores, with their elegant villas, offer beautiful landscapes: from Punta del Balbianello to the Bellagio promontory, on the opposite shore of the lake. The shores are perfect for strolls or relaxing breaks in one of the cafes and restaurants with outside seating for a view of the lake.

Many hikes start from this area and connect the historical hamlets of Villa, Campo, Masnate and Molgisio through narrow alleys and ancient mule trails.

Worth a visit: the parish church of Santo Stefano, the baptistery of San Giovanni Battista, the church of Sant’Andrea, the Abbey of Acquafredda, the Villa del Balbianello and the Brenna Tosatto House.

The toponym Lenno is traditionally believed to be a distortion of the term Lemnos, the name of the Greek island from which five hundred colonists allegedly came to settle in the Lario area at the time of the foundation of Novum Comum (59 b.C.). Even though this etymological interpretation is probably just a hypothesis put forward by humanities academics, Lenno’s origin are to be dated to the first centuries of the Roman empire: Pliny the Younger’s Comoedia Villa (literally, Comedy Villa) was probably located in the area, near the Dosso di Lavedo. The 1847 discovery of two column pieces with Corinthian capitals supports this hypothesis. The two pieces are now on display at the Museo Civico di Como. On the opposite shore, in Bellagio, there is another one of Plinio’s villas, named Tragedia (literally, Tragedy Villa).

During the Early Middle Ages, Lenno was involved in the fights among the Byzantines, the Lombards and, later, the Franks for the control of Comacina island. At a later time, it was also affected by the consequence of the 10-year war (1118 – 1127) between Milan and Como. From the last centuries of the Medieval era, Lenno was affected by the events concerning the Milanese State and became a holding of the Sanseverino family in 1494. Later it was ransomed by the Regia Camera and became a holiday resort starting in the 19th century.

What to see in Lenno 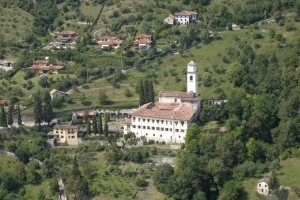 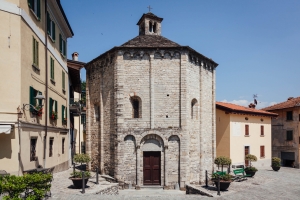 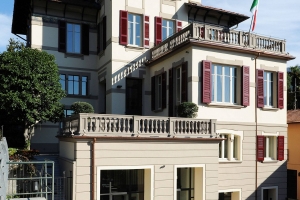 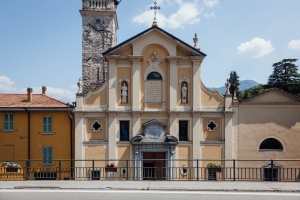 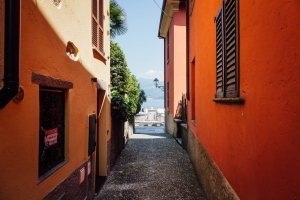 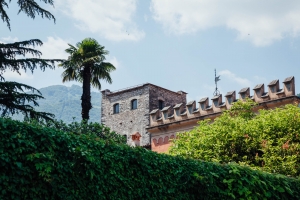 The Tower of Villa

Lenno (Tremezzina)
Castles and Fortifications
The Tower of Villa 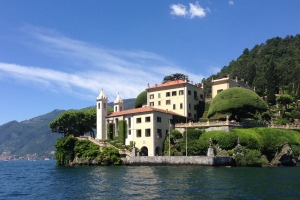 Private Houses and Villas in Lenno 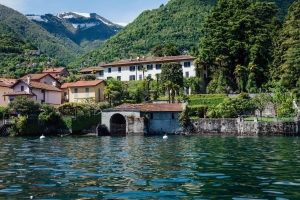